It's not good, it's not bad, it's just different!

It's been a week since I got back from my Formación a la llegada, on-arrival training, and there are some things I'd like to share here. Just because all this week I spoke mostly English this post will be in English. Maybe one day I'll start writing in español. So, the journey started and ended at 5 am in Santiago. First we got a super comfortable bus to Santander, I was enjoying the views of Asturias and Cantabria on the way, and also Tom Cruise in Spanish (there was a film on the bus). After that we took another bus, met some other volunteers from Galicia, and ended up in the beautiful town of Reinossa. I actually have no idea of what it looks like, cause we were stuck there for about 5 hours waiting for others to arrive. We were hanging out in a bar, and after about 2 hours the waiter served us some free tapas, unexpected and pretty cool! Finally, after long travel we made it to Corconte, en la mitad de nada, in the middle of nowhere, literally. A village with 30 people, mostly elderly, a lot of farm animals and amazing nature. 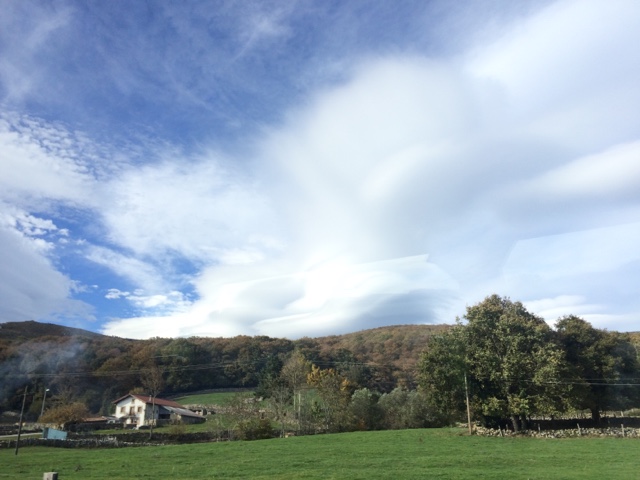 On the way to Cantabria 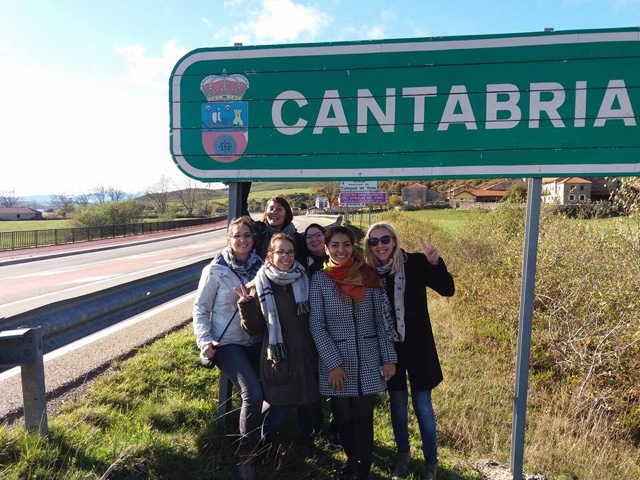 Exploring the village of 30 inhabitants 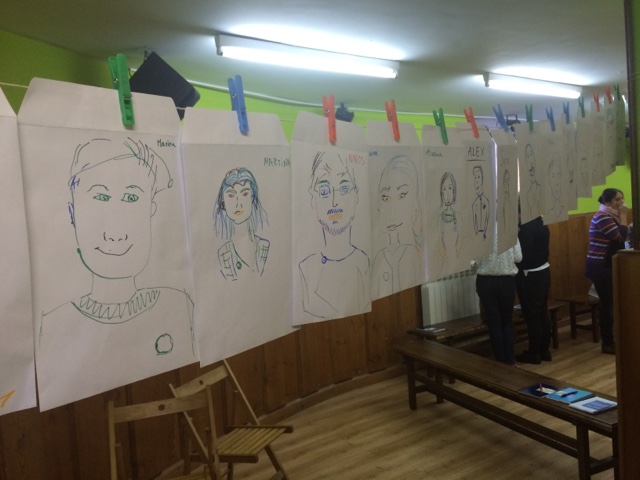 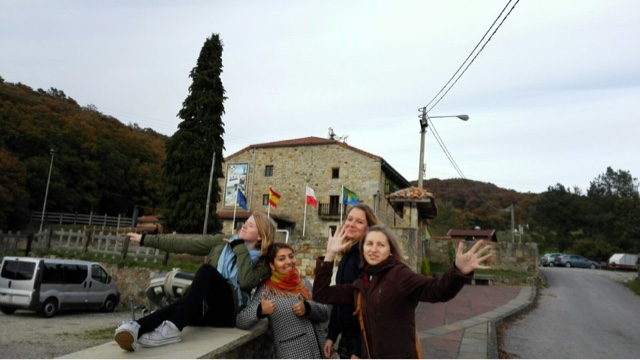 I met people who had done their EVS projects in different countries. One Spanish girl went to Scotland with zero level of English, I guess it's not a great idea to start learning English there, but nevertheless, she had a great experience and it really changed her life!
The program included Spanish classes as well, our profe is an awesome person, just the classes went kinda super fast and when I thought oh this is hard, and asked some questions the answers usually made me think why I asked that??? Cause it turns out to be more complicated. 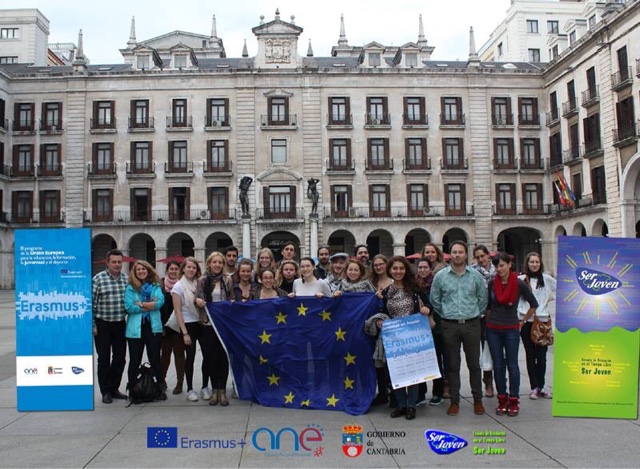 Meeting with the Spanish politician in Santander

One of the best memories is the dance and music surprise from the locals, brother and sister, unfortunately, don't remember their names, she teaches English and he's an accountant, but in the free time they sing and play some traditional musical instruments! They even showed us some dances and we had this movie moment of dancing (well, trying to dance) like in Jane Austin times.
The activities we had during the training were mostly about being a volunteer, living in Europe and Spain, getting to know the EU, but one of the main aspects was communication. I remember the game of passing on emotions to each other, someone starts and the next person has to make it stronger, so the last one should guess what it was in the beginning. It's so hard! And funny, but also emotions changed several times, showing that what you want to express and what people perceive is not always the same.
The organizers prepared for us a visit to Santander, beautiful city between the mountains and the ocean! I loved the architecture, it looks so romantic, especially at night.We had some free time and tried to reach the Palacio de la Magdalena, old residence of kings and queens of Spain, but we stopped on the beach and had a picnic there. It was really dark, windy, but I loved the waves and the lights. Also taking a photo in the street here is quiet dangerous, because there are so many people, dogs, cyclists, skaters! We went for a coffee later and 2 guys dressed like the walking dead passed by, it's awesome that you can be weird and cool at the same time! 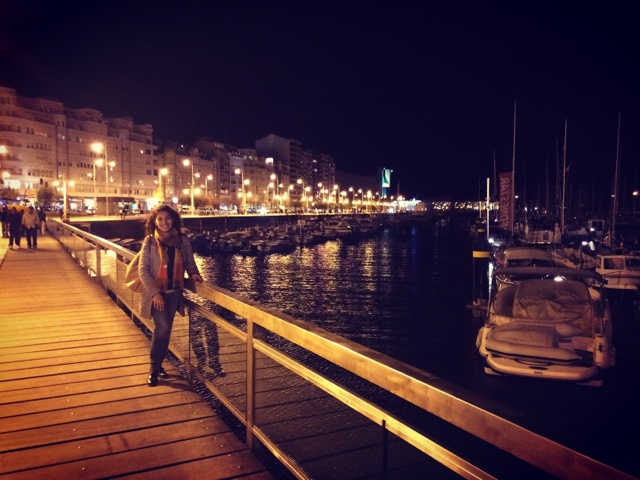 The bay of Santander

On the last day we had some communication games and a role play about visiting a tribe and getting to know their traditions. I don't know why but I was picked to play the part of the woman in this tribe, which was a fun experience. It kinda makes you realize how much the background you come from influences your views but when you move to another country you need to accept their norms of behavior. Keep in mind, it's not good, it's not bad, it's just different.
The training ended with a Halloween party, and the star of the night was Esmeralda and the super drunk Spanish people from the pre-wedding party which was in the same hostel. Still don't know what's the point of a pre-wedding celebration.
I tried to draw a general picture of what happened, except for meeting great people and spending a quality time in a beautiful place, I think it was also time of self discovery for me.
P.S. On the way back we spent a whole day in Santander waiting for the bus, so we made it to the Palacio, and spent the first day of November on the beach! 🌴🏄🌞 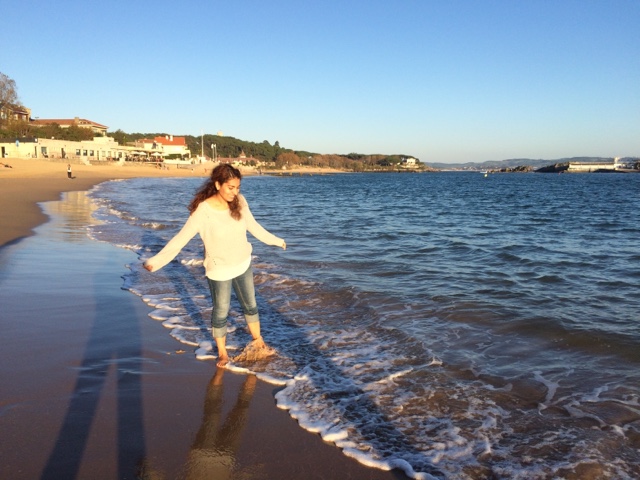 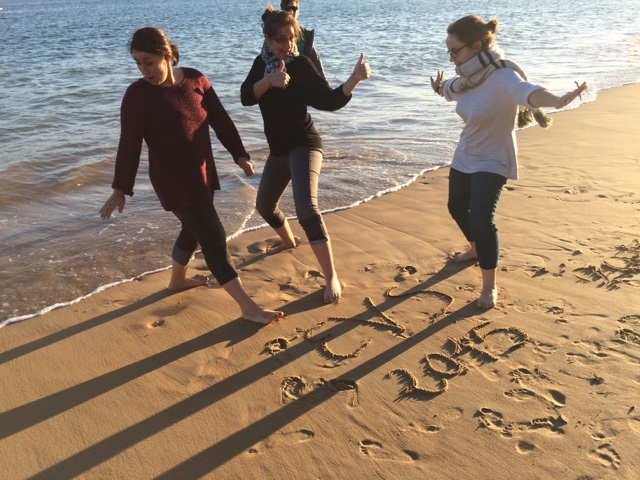